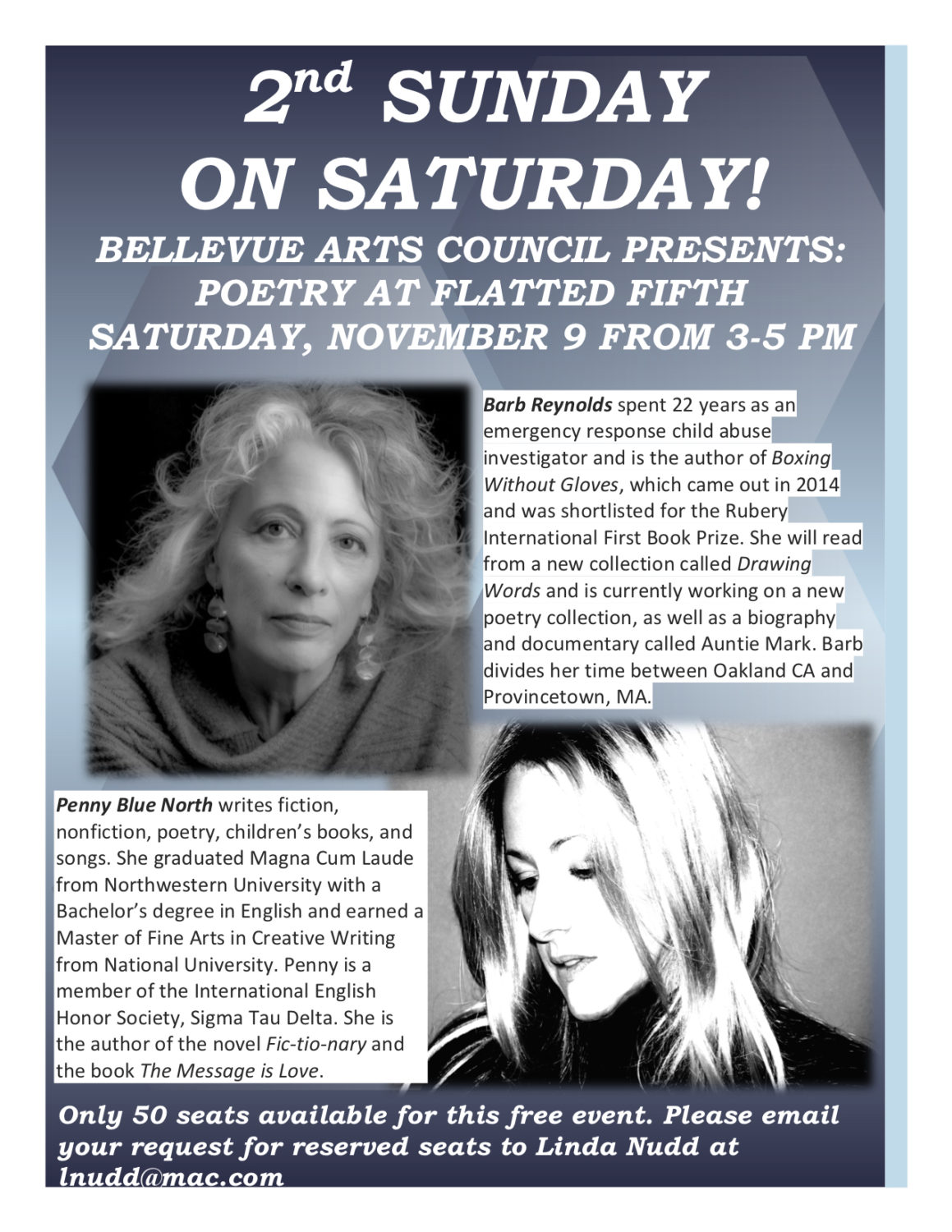 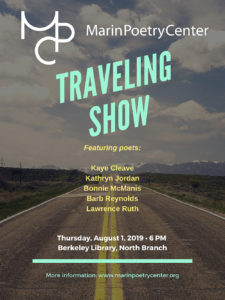 "I visit her whenever the pull homeward
overtakes the push of vertigo."

SAMPLING of PAST READINGS:

Wednesday, October 11th, 2017 from 2-3pm
Ravenwood Inn garden, 462 Commercial St., Provincetown, MA
Barb read from her poetry collections, Once the Thunder Stops,
as well as from Auntie Mark, a work-in-progress.

October 14th, 2015
Barb read from Boxing Without Gloves and Soul on Fire at Ravenwood
462 Commercial St. in PTown, Mass., during Women's Week!

Barb was interviewed & read her poetry, along with 4 other poets, on KPFA Radio. She read during the 11:00pm hour with two other poets for national poetry month on the BAJABA (Bay Area jazz and blues artists) radio show 94.1. If you missed the broadcast, the show will be available for listening and downloading for the NEXT TWO WEEKS only via the website KPFA.ORG. It is the BAJABA show on 4/25/15.

June 19th, 2015
Reading with 4 other Finishing Line Press authors at The Subterranean Arthouse in Berkeley, CA.